A couple alt-country stalwarts return, reliable as ever. These Texas boys are frequent touring partners. Catch them if you can. 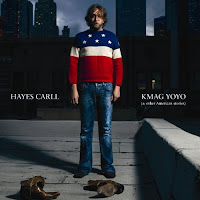 Hayes Carll: Kmag Yoyo (& Other American Stories)
The title is military speak for “Kiss my ass guys, you’re on your own,” an acronym for when the going gets tough. And the soldier in the title track, though he “ain’t even nineteen,” already knows tough in a way only someone who’s done business with the Taliban could. Among the best of the Other American Stories is a Christmas tale about a family that’s learned to be thankful for its own specific brand of dysfunction and one about a Democrat who walks into a bar alone and walks out with a Republican who probably won’t leave him her number in the morning. Mostly, though, his great American theme of choice is the highway – and all that you’ve heard comes with it. So while the wife he writes home to in “The Letter” might not be comforted by a line like “I swear I tried to reach you, but the cop took my phone,” she probably knew from the start that he was a type. You’ll swear you know him from somewhere, and yet you’ve still never met anyone quite like him. A-
*** 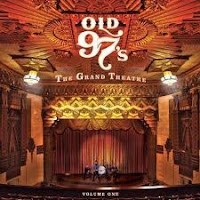 Old 97’s: The Grand Theatre, Volume One
While I prefer 2008’s more lyrical Blame It On Gravity, this one – a band album through and through – says encouraging things about this particular great band’s future. There’s the implicit promise of a Volume 2, first off, but also an urgency that suggests they’re functioning as a unit rather than an excellent singer-songwriter with an uncannily sympathetic backing band. The semi-downside is that, while they sound more juiced than they have since 2001’s unstoppable Satellite Rides, the lyrics aren’t the focus this time around – nor do they need to be when the band is this tight. But most bands, tight or otherwise, don’t have a writer as sharp as Rhett Miller in their corner. That’s not to say there aren’t great songs here. “Let The Whiskey Take The Reins” enters the pantheon on first listen while “Champaign, Illinois” repurposes the melody of this blog’s namesake Dylan song so well that Bob himself, who normally denies such requests outright, let the band keep half the publishing rights. Game recognizes game. B+