31-year-old Conor Oberst used to be where 22-year-old James Blake is now: atop a wave of boy-wonder hype. Retiring the Bright Eyes name once promotion for this one is done, Oberst says he’s after a fresh start, and he sounds like he could use it. Blake, meanwhile, is off to a start almost as promising as you might have heard. 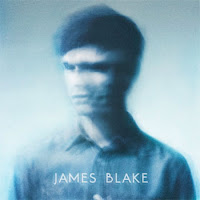 James Blake: James Blake
Overrated as some kind of breakthrough for electronica with feelings, this British dubstep sensation’s debut is, true enough, electronica with feelings. Just hold off on the breakthrough. Blake’s neatest trick is the way he synthesizes and processes his own voice to make it sound like another one of his gizmos, then comes at you straight, voice pure and pained, accompanied by nothing but a drifting piano. It’s all very evocative, but I’m not convinced it’s meant to signify anything in particular about British dubsteb or the singer-songwriter form or our digital existence. The words, which are spare and sad and resemble Zen koans, shouldn’t be taken separately from the music, and they work just fine as a part of it. But if you come in looking for anything besides mood music, you might be disappointed. As mood music, though, it’s awfully effective; Blake already has that innate and rare ability to make you feel lonely and assure you that you aren’t alone in it. B+
*** 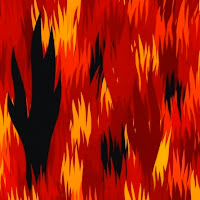 Bright Eyes: The People’s Key
Conor Oberst identifies the problem with the latest – and purportedly last – Bright Eyes album right at the top: “Feeling close, but keeping my distance.” Come closer, please. And speak up. If you listen long and hard enough – the music, a glossed up relative of the noise-pop from 2005’s Digital Ash In A Digital Urn, is neither noisy nor poppy enough to open many doors for you – his ideas about a humankind greater than the sum of its parts begin to resonate. Or they do half the time, anyway. The other half, it’s hard to know what, exactly, he’s talking about. We are jejune stars? If you say so. Oberst is at his most galvanizing when shouting a command as simple and inclusive as “everyone on the count of three!” Still, it says something about him that he doesn’t actually count to three for us. B