Songs of love that revel in worldly context and others that shun it, delivered on scales big and small. While I have no preference when it comes to scale, I am always grateful for some context. 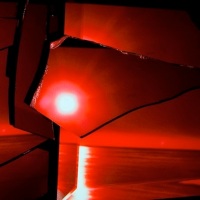 TV on the Radio: Nine Types of Light
The golden age these Chroniclers of Our Times foresaw in 2008 did not come to pass, so what now? The attempt at love, naturally. That’s not a new thing for this band, and nothing else on their fourth album is either. Still musically omnivorous, their arrangements are lighter on their feet this time around, and, it must be said, less surprising; this is the first TVOTR album that sounds better on the first listen than it does on the fifth. Good thing it makes a hell of a first impression then. If Return to Cookie Mountain and Dear Science made you work for it, this one, as if recognizing that our national moment feels less like the fiery apocalypse of a few years ago than a winter that just won’t end, warms you up right away. Half the songs are relationship songs explicitly, but they’ve got conflict and context to spare; Tunde Adebimpe and Kyp Malone are as direct with the words as they and their band mates are with the music. Lines about bastards who broke the world, landmines for miles, and bullshit that keeps you stuck up on the shelf raise the stakes on their lover’s pleas/laments/reveries. Most pleasing is that their gift for uplift (an underused word for this band, from my view) has never come through clearer. Holding fast to their belief that “love is the province of the brave,” they make their fight for it sound valiant. “Every lover on a mission/shift your known position,” they command at the start. That kind of bravery is hard, but I appreciate the encouragement. A-
*** 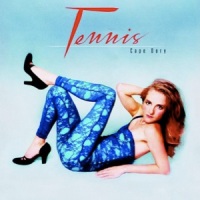 Tennis: Cape Dory
What this sweet little album about a yacht trip real-life married folk/band mates Patrick Riley and Alaina Moore took up the Eastern Seaboard lacks in weight is nearly made up for by its effervescent tunes, the ease of which suits these charming songs-at-sea perfectly. From “South Carolina” to “Bimini Bay,” Riley and Moore’s time off the grid will make you wish you had a boat, or at least more vacation time. If a whole record about a voyage undertaken by two people in what sounds like an admirably healthy relationship doesn’t strike you as, you know, exciting, bear in mind that it’s short – here and gone like a summer breeze. Pleasant and insubstantial like one, too. B+