Two heavyweight songwriters fall short of nobody’s standards but their own. Shout-outs to Robert Christgau and my mother for describing Lucinda’s recent songs as litanies before I did. 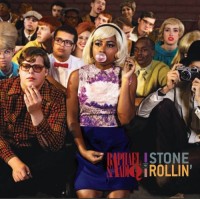 Raphael Saadiq: Stone Rollin’
“This is just what I hear when I hear music,” Saadiq told a rapt crowd at Irving Plaza back in 2009. From a guy in a natty white suit and Buddy Holly specs, leading a similarly outfitted band through a set of songs that sounded more like Holland-Dozier-Holland joints than any R&B recorded this century, the statement could have been disastrous: a last disingenuous straw in an evening of gimmicks. But Saadiq has a sure hand. He inhabits the early-60s soul man role so convincingly, and with such ease, that it seems a serious injustice to call him retro—note that Jay-Z sounded more at home on 2008’s masterly The Way I See It than really-retro Joss Stone did. This follow-up is grittier, and has as much to do with 50s rock n’ roll as it does 60s soul. That was Saadiq bopping around with Mick Jagger during the Solomon Burke tribute at the Grammies this year, and it’s hard to imagine anyone who’d have fit the bill better. Everything here is much looser and less focused than The Way I See It, and side A, to speak in the parlance of the era Saadiq loves so explicitly, is a good measure stronger than side B. But fast and loose is fun too, and there is never any doubting the depth of Saadiq’s love—for communicating the joy of his craft, for warmth, for making a tune go go go. That won’t stop anyone from calling him retro, but let’s look at it the other way: would “Day Dreams,” about maxing out your credit card to impress your baby, resonate as deeply in less debt-ridden times? I’d wager yes. A- 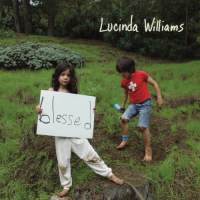 Lucinda Williams: Blessed
The music is so rich and satisfying—like no Williams album since Car Wheels On A Gravel Road—that it’s easy to overlook some of the lyrical shortcomings. Lucinda’s been moving away from the scene-setting details that defined her earliest and best work (remember how cold that Corona was against Sylvia’s hand in “The Night’s Too Long”?) ever since 2001’s Essence. She leans toward litanies now—not a bad way to lean, given her way with incremental repetition. But she owes us something better than “we were blessed by the watchmaker who gave up his time.” When we see the widow who doesn’t yet know she’s a widow push her daughter on a merry-go-round in “Soldier’s Song,” we’re thankful for the image—for the people and the things—even if the song gets a little cozy with the platitudes. Quite a few of them do. But this is still Lucinda Williams, still the most well regarded writer in a family that also includes her father, who was Bill Clinton’s second inaugural poet. So we still get stuff like “Seeing Black,” which honors her late friend Vic Chesnutt without letting him off the hook for the way he went out, and “I Don’t Know How You’re Livin,’” which offers further proof that no one knows how to miss somebody the way Lucinda does. Of course, the latter also recalls the superior “Are You Alright?” a little too blatantly. Sometimes greatness comes back to haunt you. B+