If the waning weeks of 2011 hadn’t gotten away from me, I’d have given Girls and Los Campesinos! the full B+ reviews they deserve, but my reservations about both records (Girls made a theoretically admirable move towards Big Rock that led them to the actually tedious land of flutes and seven-minute run times, while the unsurprisingly clever Los Campesinos! album was unsurprising in most other ways too) were serious enough that I decided to include both in this final nod to the year just passed. Elsewhere, The Roots affirm my uneasy feelings about concept albums, but still turn in their second admirable record in as many years; Fallout Boy front man Patrick Stump uses his Micheal Jackson impression to put across some disarmingly articulate songs about pushing 30 in the lower reaches of the 99%; and Coldplay, a band I don’t hate on for sport, spends the better part of an hour in search of a memorable tune. 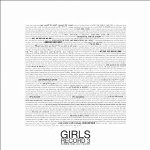 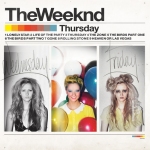