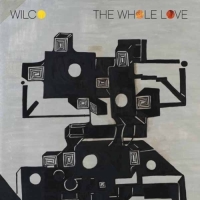 Two rap collaborations, with three of the biggest names in the game between them. Side project or no, Eminem’s predictably potty-mouthed team-up with fellow Detroit MC Royce Da 5’9” is disappointing. Jay-Z and Kanye, meanwhile, earn their use of the imperative mood. 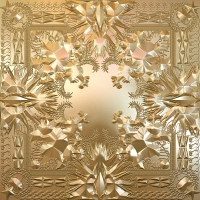 Jay-Z & Kanye West: Watch the Throne
Sonic ambition and improved flow aside, Kanye’s greatest contribution here was using both to inspire (or maybe scare?) his older and more business-minded mentor back up to his artistic A game. Jay-Z hasn’t sounded so nuanced or effortless on record since American Gangster, if not The Black Album. So while Kanye is a pop artist who earns the title, Jay is an MC who makes it look easy; where sheer elan is concerned—and elan is a major concern on an album like this—a scrapper like Kanye is bound to come up short by comparison. But we probably have him to thank for how well the whole thing works as a piece; album-making is his game, and good luck beating him at it. The black power songs “Murder to Excellence” and “Made in America”—and the sentiments nested throughout—are inspiring no matter your race, the Frank Ocean hooks are gold, and the floss-and-gloss tracks everyone feared would be the whole story upon hearing lead single “Otis” are more aspirational than discouraging for those of us whose net worth Jay-Z spends on an average Tuesday. At home in the stratosphere, Jay and Ye can do what they want. In this case, what they wanted was an Event album (a deeply weird and ambitious one at that), which they took great care to keep from leaking before its street date so we could all hear it for the first time together—and, yes, to encourage us to spring for the deluxe edition on iTunes. Among many other things, these two are living proof that capitalism and generosity of spirit are not mutually exclusive ideals. A-
*** 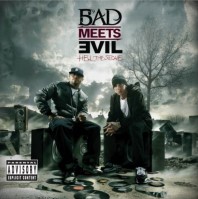 Bad Meets Evil: Hell: The Sequel
It’s been said before, but it bears repeating: Eminem’s Detroit buddies just don’t bring out the best in him. While it’s true that Royce Da 5’9” has twice the talent as any member of D12, he’s also happy enough to be here that he rarely tries to shift the focus away from tired scatology and woman hate. Fans who missed Slim Shady’s mischief on last year’s Marshall Mathers-heavy Recovery might want to check this out, if only to see what none of us were missing. Em’s rhymes are as acute as ever, but lack the context and wit that separates The Slim Shady LP from D12 World. He’s also cynical enough to say lascivious if not cruel things about an assortment of pop stars, but still bring Bruno Mars in for a hook. The best moments here are those when Em remembers he’s his own best punch line. When one of the many women he douses with epithets reminds him just how much everyone hated Relapse, you want to stand up and cheer. C+