They do mix tapes, they do albums, they do it all. Ocean’s album isn’t necessarily better than his mix tape, while Himanshu’s mix tape definitely isn’t better than his group’s album, or their other mix tapes. It’s still nice to have guys this smart who are also this prolific. Case in point: in the time it took me to review his first mix tape of 2012, Himanshu released a second. I shudder to think what kind of grade he’d give me. 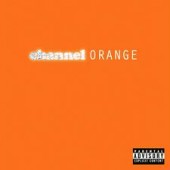 Frank Ocean: Channel Orange
It speaks to the expectations Ocean raised with his 2011 mix tape that this official debut LP feels both wondrous and underwhelming. Shouldn’t it have been more wondrous? Alas, Channel Orange is not the masterpiece we all hoped for; it is merely an outstanding set of songs—Ocean’s second in under two years. This one takes a broad view of Ocean’s adopted hometown of Los Angeles, where the “Super Rich Kids” sound every bit as lost as the guy hooked on “Crack Rock,” that being the only substance here more damaging than money or unrequited love. It’s worth remembering that, before he was flying private with Jay and Ye, Ocean was both a Katrina refugee and a victim of major label mismanagement. His biography was difficult and rich long before he started discussing his sexuality, and he’s got the kind of empathy a rich and difficult biography only deepens. Yet he doesn’t identify with the hard-luck cases he sings about any more than he judges them. As is befitting a Capital-A Artist whose writing and singing are most thrilling for their restraint, he simply lets them be. Because Ocean has yet to master the art of sequencing (what’s that weird thing about fertilizer doing at track three?), the album’s highlights arrive in the middle. Highest of all is “Pyramids,” a five-minute fever dream about a woman named Cleopatra that gives way to another five minutes of the dreamer’s waking life. Turns out he’s a hustler who’s “still unemployed,” and whose beloved Cleo works (probably doing more than just dancing) at a club called The Pyramid. That one throws every musical idea Ocean can fit into ten minutes at you, making all of them work, and leaving you awed, exhausted, and wondering if anyone—hard-luck or otherwise—ever beats their odds. A- 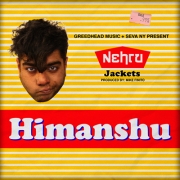 Himanshu: Nehru Jackets
Even bullshitting, Himanshu (you know him as Das Racist MVP Heems) is the kind of guy you want to spend 70 minutes with. That’s partly because he’s a great bullshitter, but more because he’s such a demonstrable sweetheart. Highlights from this rambling mix tape include songs in which he samples PJ Harvey and Kate Bush, two of the women, we can presume, he means to honor in “Womyn,” an ode to the fairer sex as goofy as it is heartfelt. Also on his roving mind: the entire oeuvre of Iranian-American filmmaker Ramin Bahrani, Jason Bourne’s origin story, and what ever happened to Elian Gonzalez. In other words, it’s a true mix tape: freewheeling and far from succinct. There are lots of ideas for their own sake, lots of guest spots from lesser lights; Childish Gambino—you know him as Troy from “Community”—sounds like a TV star just rich and famous enough to get people to let him rap, and I wish Heems wasn’t one of those people. But when Heems’ light shines, it shines bright. As an artist who loves giving his music away for free as much as he loves the things money can buy, he has complicated ideas about wealth. As a lifelong New Yorker, his takedown of his local police force would feel unjustly simplistic were it not for the six unassailable words on which he pins it: “You never made me feel safer.” Doesn’t get much more succinct than that. B+